“Northampton 1460” is a two player game of the nationally significant Wars of the Roses battle fought on the 10th July 1460 in the fields of Delapre Abbey, to the south of Northampton. The game is quick and easy to learn and enables the players to refight the battle on their own dining room table.

The game provides the players with the opportunity to examine the decisions made by the opposing commanders on the day, as well as those of an array of supporting characters such as Henry VI, the Archbishop of Canterbury and Queen Margaret. Players can either follow in their footsteps or change the course of history. The game system presents each player with the decisions they could have made on the day as well as those that were made and provides for a range of outcomes. The scoring system enables the players to see how well they have done compared to their historical predecessors, – so it is possible to lose the battle and still win the game! 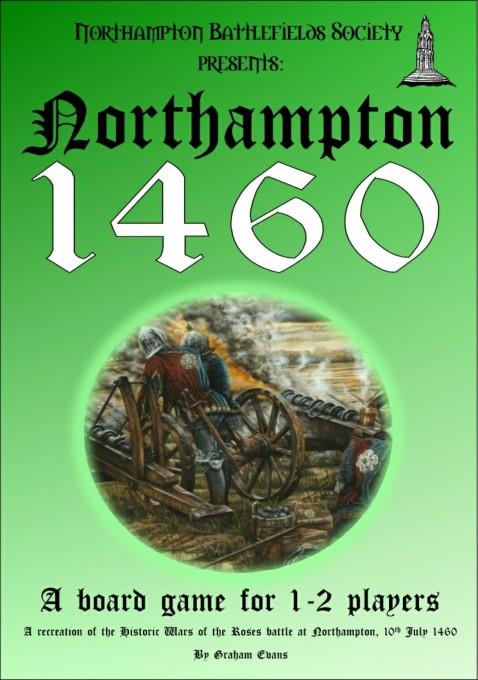 The game book contains all the components needed to play, – accurate heraldic game counters representing the nobles present, player decision cards, a game board and cards that control the weather, as well as clear, concise rules and a description of the battle. All the players need to add are some dice.

To order or for more details Email grahamdevans@gmail.com 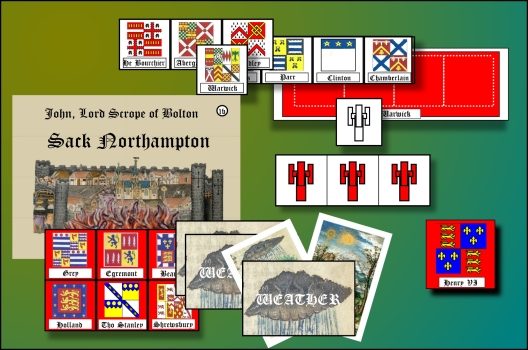