The battle was the first major engagement in what is now known as the Wars of the Roses. The battle is of national importance because it was the only time during the wars that a fortified camp was assaulted; the first use of massed guns;  and the last time protracted negotiations preceded a battle. The Lancastrians constructed a fortified position in the fields between Delapre Abbey and the village of Hardingstone. The Yorkists first attacked the town itself and parts were burned down.
The battle and its participants also became embroiled in international intrigue when Papal Legate Coppini (who was also a Milanese spy) excommunicated the Lancastrian army from Queen Eleanor’s Cross. It was the only time during the wars that an army was excommunicated. 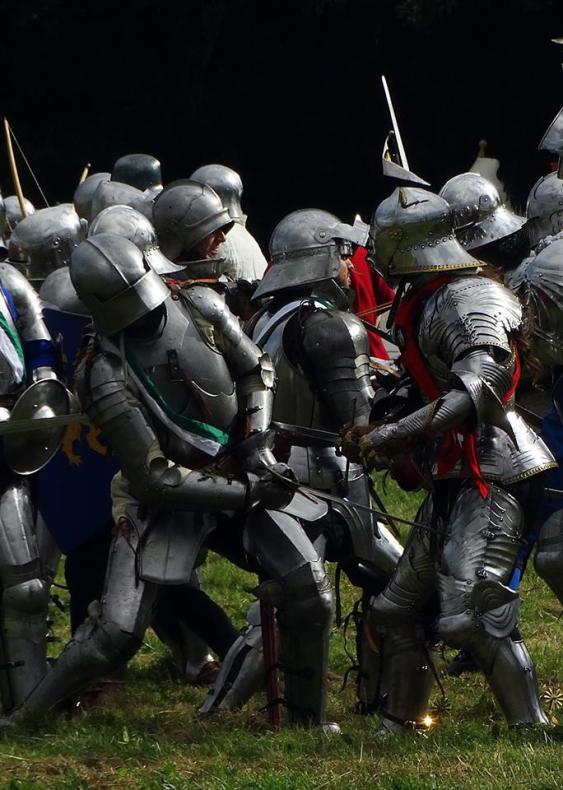 It was an overwhelming Yorkist victory with casualties in the thousands, after Lord Grey of Ruthin changed sides midway through the battle. King Henry VI was captured during the battle and after spending three days in the town was led back to London. In the immediate aftermath, Richard of York returned from Ireland and for the first time pressed his dynastic claim to the throne. It was also the first battle for the eighteen year old Edward, Earl of March and within a year, he would be proclaimed King Edward IV.
For more details see our book “The Battle of Northampton 1460” available direct from us or  https://www.amazon.co.uk/Battle-Northampton-1460-Mike-Ingram/dp/099307779X/ref=sr_1_1?ie=UTF8&qid=1491048433&sr=8-1&keywords=mike+ingram